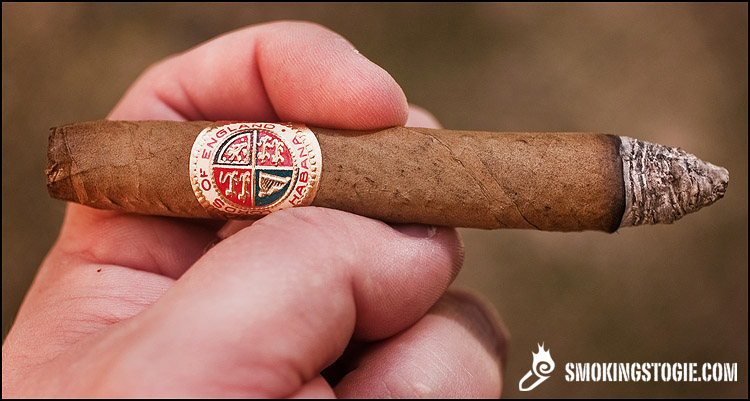 There have been quite a few cigar companies that have gone out of business in the last 200 years especially in Cuba, but even I was not aware of how many there were.

New brands have been introduced almost continuously since 1810, when Benardino Rencurrel filed the first trademark registration, followed in the same year by Hija de Cabañas y Carbajal. One observer estimated that as many as 800 brands were in circulation by 1859, although in 1887, there were only 348 registered brands. At the time of nationalization, there were reported to be 960 registered trademarks for cigars in Cuba, not to mention hundreds of old, discontinued brand trade names. The following list provides the names of 24 current (in bold) and 1,726 now-discontinued export brands which were produced in Cuba between 1810 and the nationalization of the tobacco industry in September 1960.

Lords of England is one of those discontinued brands.

They came in boxes of 50, with 10 cigars each of five different vitolas, although I have been unable to find specifics on the vitolas. I know this because the wonderful reader who traded these to me also sent me photos of the box they came in, which you can see below.

One seems to be a vitola much like a petit lancero, and the other four are very close to one other, both in length and ring gauge, however, all of the cigars are box-pressed, and two of the vitolas are perfectos. 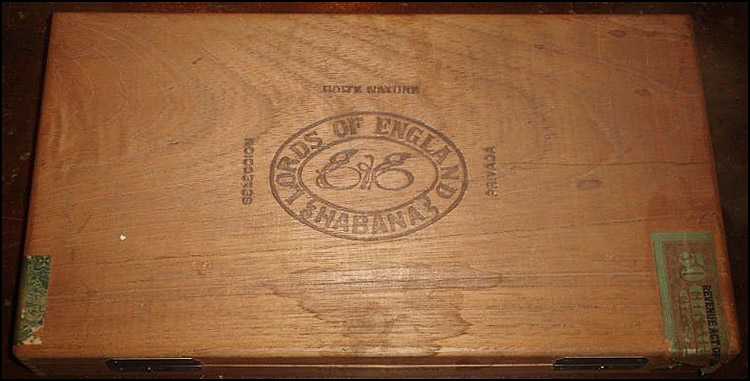 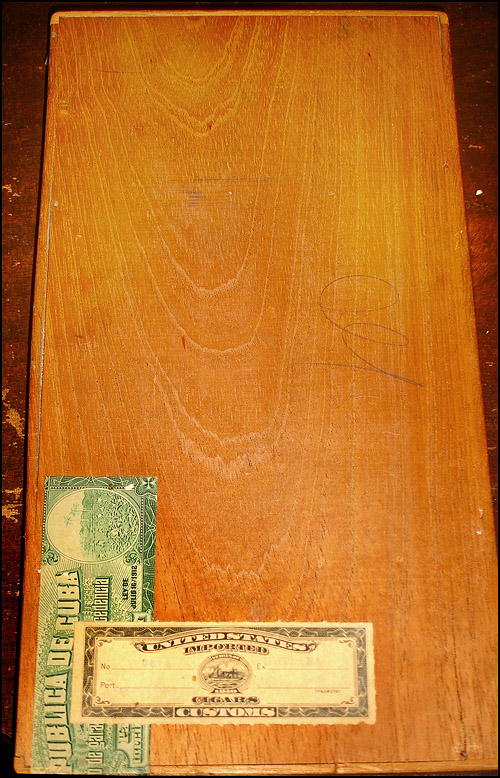 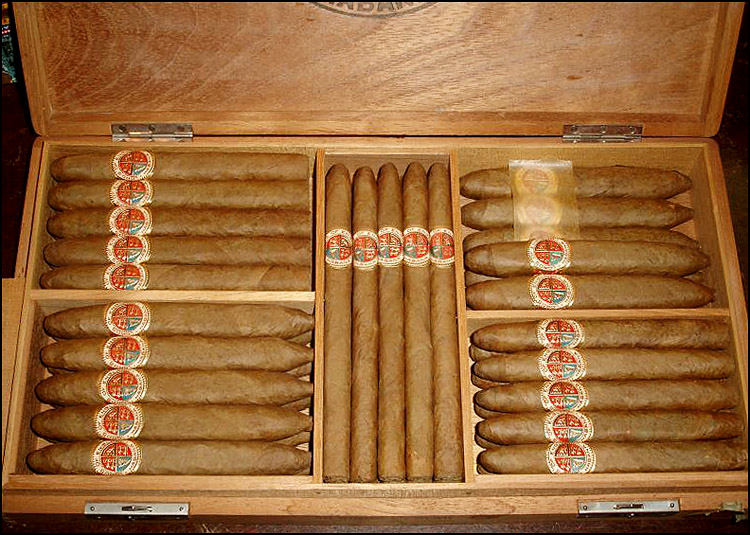 The cigar itself is an amazing specimen, especially considering its age. It is obviously well-constructed with a great cap and no veins visible. The wrapper is light brown, quite dry, almost like parchment, and surprisingly smells quite a bit like cinnamon with a sweet undertone. The cigar is a box-pressed perfecto, is very firm when squeezed, and is quite lumpy up and down the length. The band is one of the most amazing examples of craftsmanship I have seen in quite a while. If there is a hall of fame for cigar bands, this one belongs in it, without question. It just screams quality and you know just by looking at it that this was not a cheap cigar when it was sold.

The first third starts out with a bang, with quite a bit of spice on the tongue, a surprising amount, really, and flavors of oak and nuts. During the entire first third, the profile shifts from spicy to sweet at random times, keeping me on my toes. A great start to the cigar.

Between the first and second thirds, I notice the excellent burn line, and had to take a photograph of it. 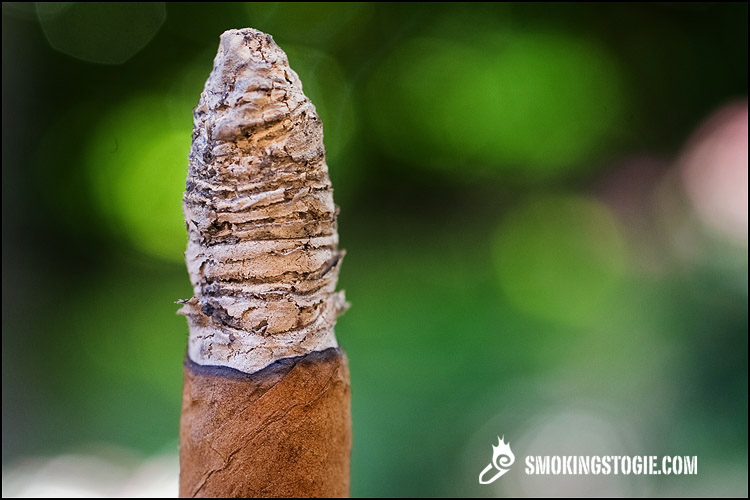 The second third starts out wonderfully spicy and sweet, still with quite a bit of oak flavors, but adds a fairly strong note of vanilla and a hint of a floral note as well, but it never comes close to coming out of the background of the profile. The sweetness also starts diminishing at the end of this third. 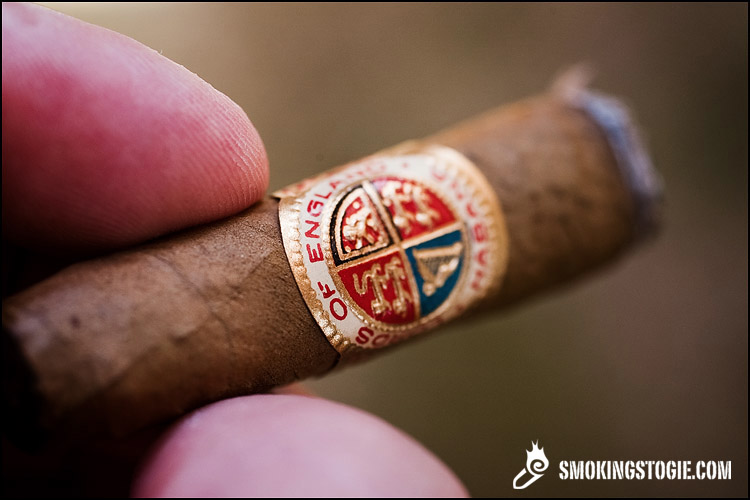 The final third does not exactly fall apart, but the sweetness that was present in the first two thirds leaves completely and I am left with a spicy, leathery flavor that had just a hint of tart nuttiness as well. It did not turn mild however, and stays that way until the end of the smoke. 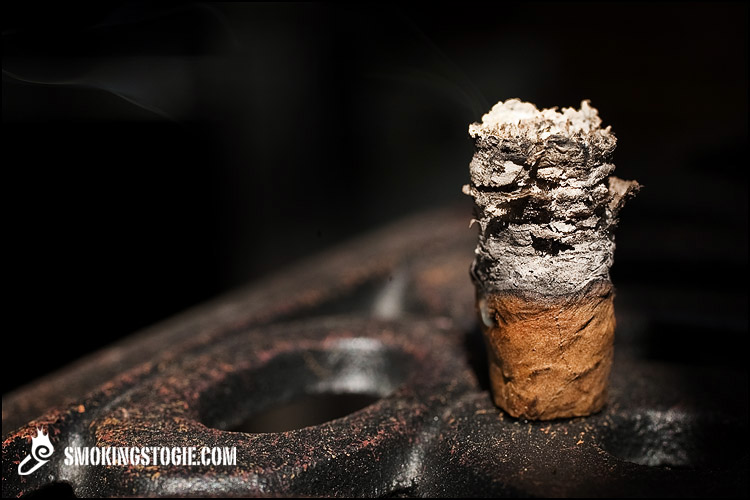