Over the years, specific cigars have been produced to commemorate any number of things: people, events, dogs and specific places; a new blend from 1502 Cigars is one of the latter.

Dubbed the 1502 Serious Cigar, the new 6 x 50 toro has been built specifically to honor brand owner Enrique Sánchez’s home country of Nicaragua in a few different ways: not only is the blend a Nicaraguan puro and the cigar is produced at Plasencia Cigars S.A. in Estelí,  but there are two ribbons—white on blue—that are arranged to emulate the official flag of the central American country.

This is actually the second time that 1502 has released a blend with overt references to Nicaragua: the 1502 Nicaragua debuted in 2014 and is made up of tobaccos from the Condega, Estelí, Jalapa and Ometepe regions of the country.

As the name indicates, the 1502 Serious Cigar will be sold exclusively on the online store of  Serious Cigar starting on May 14. Only 100 boxes of 10 are being released, with each cigar retailing for $13. The 1502 Serious Cigar is covered in a dark espresso brown wrapper that is smooth to the touch but virtually devoid of any obvious oil. The cigar is heavier than I expected when held in my hand and there are some noticeable veins running up and down the length of the cigar. Aroma from the wrapper is a combination of cedar, earth, leather, black pepper and vanilla sweetness while the cold draw brings flavors of cedar, leather, raisin sweetness, tobacco and slight spice.

Starting out the first third, the 1502 immediately features dominant notes of dark chocolate and gritty earth, followed by flavors of leather, almonds, tea leaves, cedar and malts. The profile is fairly creamy overall, albeit with an abundance of black pepper on the retrohale and a touch of spice on the tongue. In addition, there is some nice vanilla sweetness on the finish that seems to be getting stronger as the first third burns down. Construction-wise, the burn presents issues and has to be touched up early on, but the draw is excellent so far after a straight cut and the smoke production is well above average. The overall strength stays fairly light, not even coming close to the medium mark by the end of the first third. Thankfully, the creamy vanilla sweetness increases noticeably in the second third of the Serious Cigar exclusive, reminding me strongly of vanilla bean ice cream. The dark chocolate note is still the dominant flavor, followed by some obvious leather and cinnamon, as well as earth, leather, cedar and toast. While the amount of black pepper on the retrohale has decreased quite a bit, the spice from the first third is long gone by the halfway point. In addition, the burn has evened out nicely and the draw remains excellent, while the smoke production continues to pour off of the foot. The strength has increased noticeably, ending the second third very close to the medium mark. 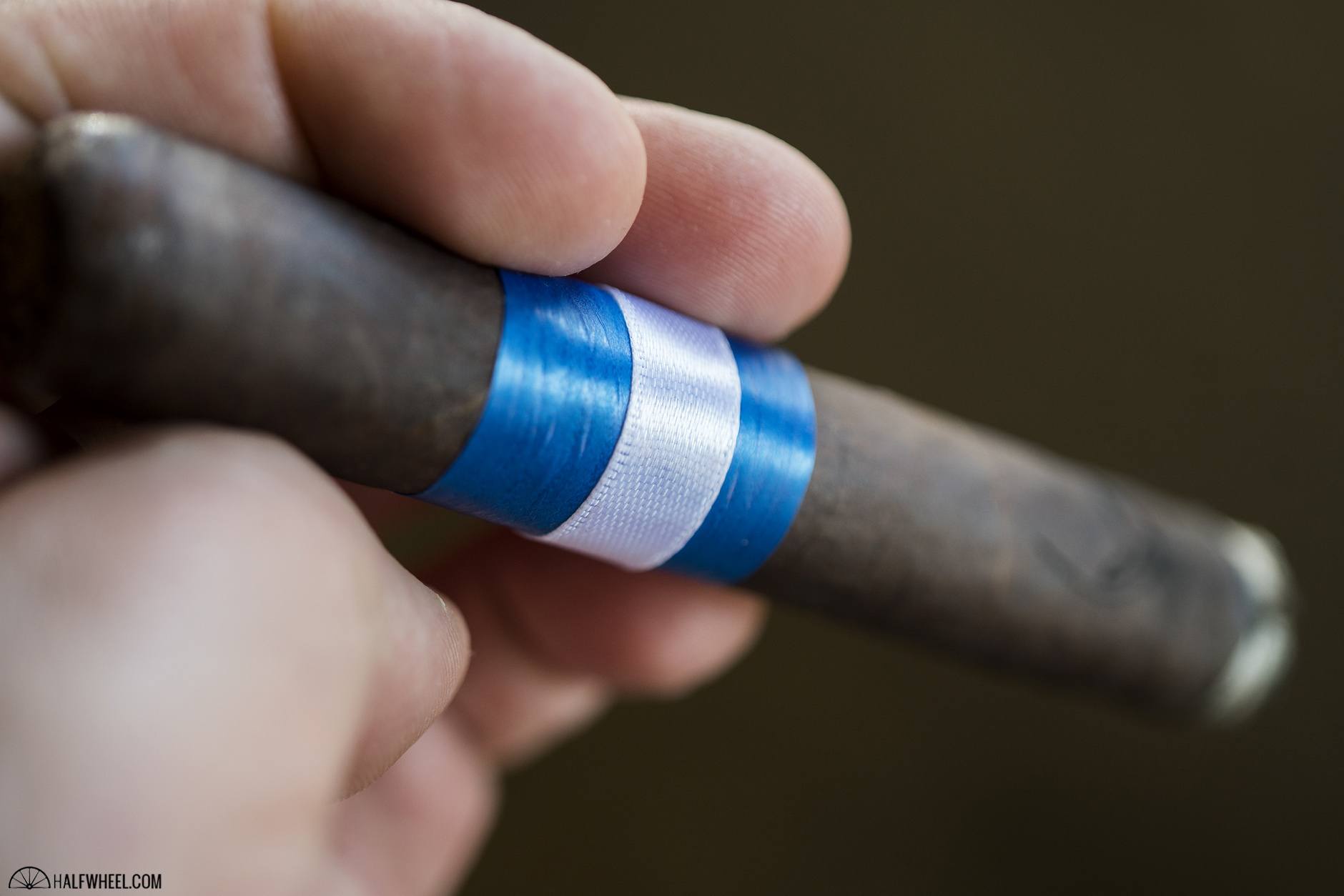 The final third of the 1502 Serious Cigar is very close to the second third, with one obvious difference: both the vanilla bean sweetness and black pepper that were so prevalent have decreased to the point where they are almost an afterthought. Although dark chocolate and leather flavors dominate, I am still tasting some cedar and cinnamon every once in a while on the finish, as well as almonds, bitter espresso, hay, gritty earth and floral. The overall construction continues to be above average, with both the burn and the draw giving me virtually no issues, while the strength ends up solidly in the medium range by the time I put the nub down with about an inch to go. I have enjoyed a number of Sánchez’s blends in the past and the 1502 Serious Cigar continues that trend, albeit in the form of a fairly standard Nicaraguan puro. Profile-wise, the dark chocolate, earth and leather easily take the dominant spots, along with some aggressive black pepper on the retrohale that dissipates quickly to a background note. Finally, there is some nice vanilla sweetness that helps bump up the complexity a bit—especially in the second third—making the 1502 Serious Cigar an enjoyable, albeit not overly nuanced blend.