A long time ago, on a day far far away, Global Premium Cigars announced that it was adding two smaller ring gauge sizes to their 1502 lineup – a lancero and a corona. That was back in November 2013, and while a few months later in February 2014 the Emerald blend did see the release of a lancero, along with the Black Gold and Ruby lines getting their lanceros only a short while later in April. At the 2014 IPCPR Convention & Trade Show in July, the company was still working on the corona, with an expected ship date of September. After that date came and went, it wasn’t until Feb. 5th of this year that we finally did see them ship. With the lancero and the corona both released, it’s a nice addition to the lineup that before only featured 50 or 56 ring gauge sizes. With the corona now added to the mix, the Black Gold blend now features six different sizes: 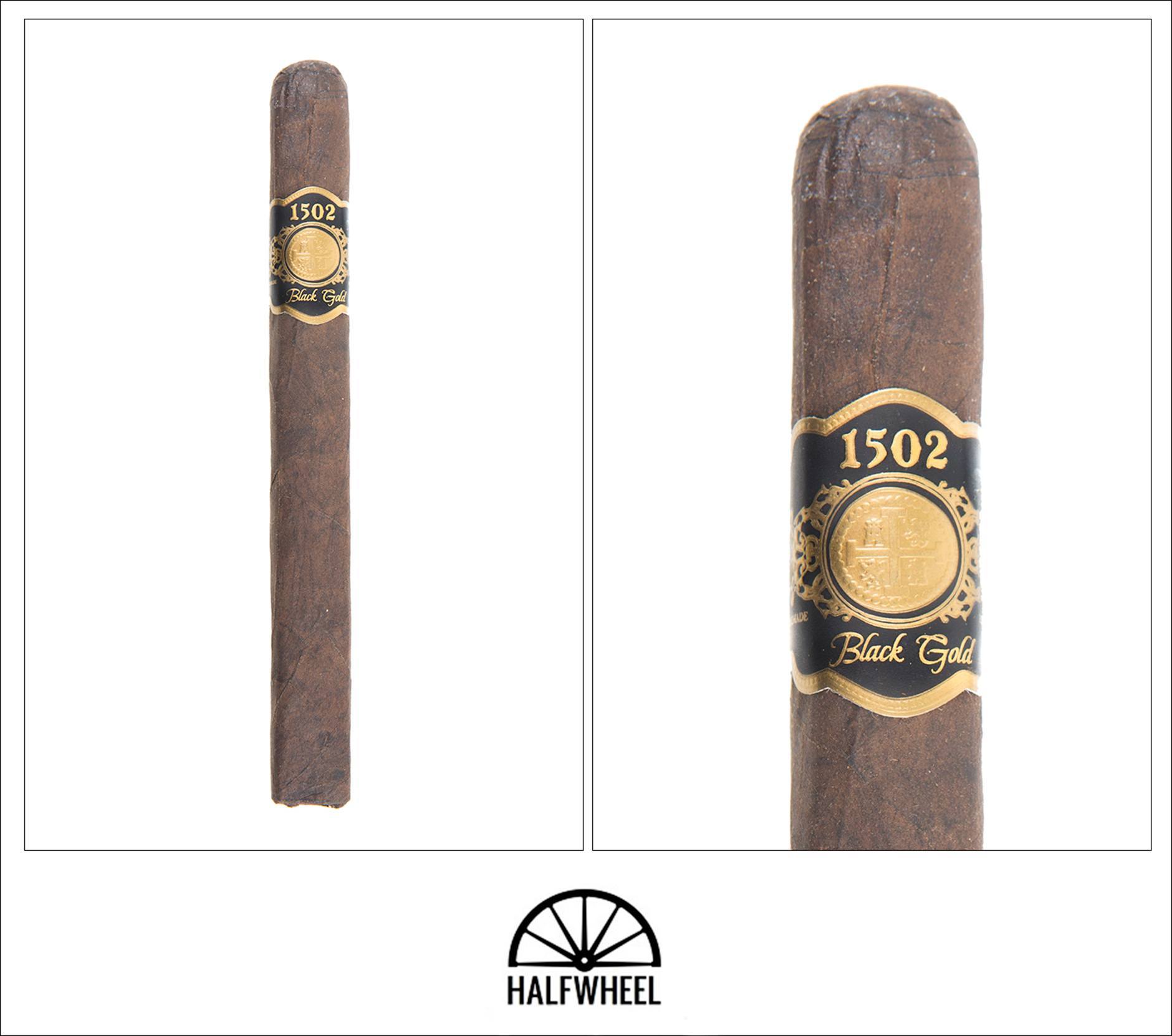 While the wrapper might not be perfect, the Black Gold Corona’s presentation is otherwise neat and well executed. It’s seamlessly wrapped, has smart box-pressed lines and the “cigar lock” half-covered foot finishes the look off nicely.[ref]If you are wondering what the “cigar lock” that I referred to in the beginning of the review was, there’s a little more explanation by the brand owner Enrique Sánchez in this video.[/ref] There’s a nice bit of give to the cigar, though it’s uniform and not anywhere near what I’d call squishy. Rich tobacco, hay, manure, cocoa and leather make up the aroma off the wrapper while the cold draw produces rich milk chocolate, so sweet and such a singular note that it surprises me.

The first third starts off with a sweet earthiness, some baking spice along with hints of cocoa, oak and freshly ground coffee beans. Right from the start a little run in the burn ruins an otherwise great burn line. The draw is firm, but very well within the ideal range still and each draw brings lots of billowing, aromatic smoke. The cigar is quite smooth with only a hint of some black pepper, but a retrohale brings quite the opposite with some strong, bold pepper notes. Holding on impressively to around the inch mark, the ash only drops off when I force it to. By now the burn line has evened up by itself to an almost razor sharp line, which is nice to see. The second third sees a slight reduction in the sweetness and an increase of the pepper. Earth, cocoa, oak and ground coffee are still hanging around, though the baking spice is only a minor note in the background. The burn continues to be mostly even, though not as razor sharp as the first third. Pepper and earth are the dominant flavors, with the sweetness and baking spice almost nonexistent now, while the cocoa, oak and coffee continue on in the background, complimenting the profile nicely. The final third starts out with the first minor touch up of the cigar, with one flat side of the cigar lagging behind slightly. The profile hasn’t changed much, with pepper and earth up front and cocoa, oak and coffee accompanying them from the background. After the minor touch up the burn has continued to be nice and even, with the ash holding on just as strong as it has previously. The cigar is smooth to the end, allowing me to enjoy the clean, earthy profile down past the final inch. 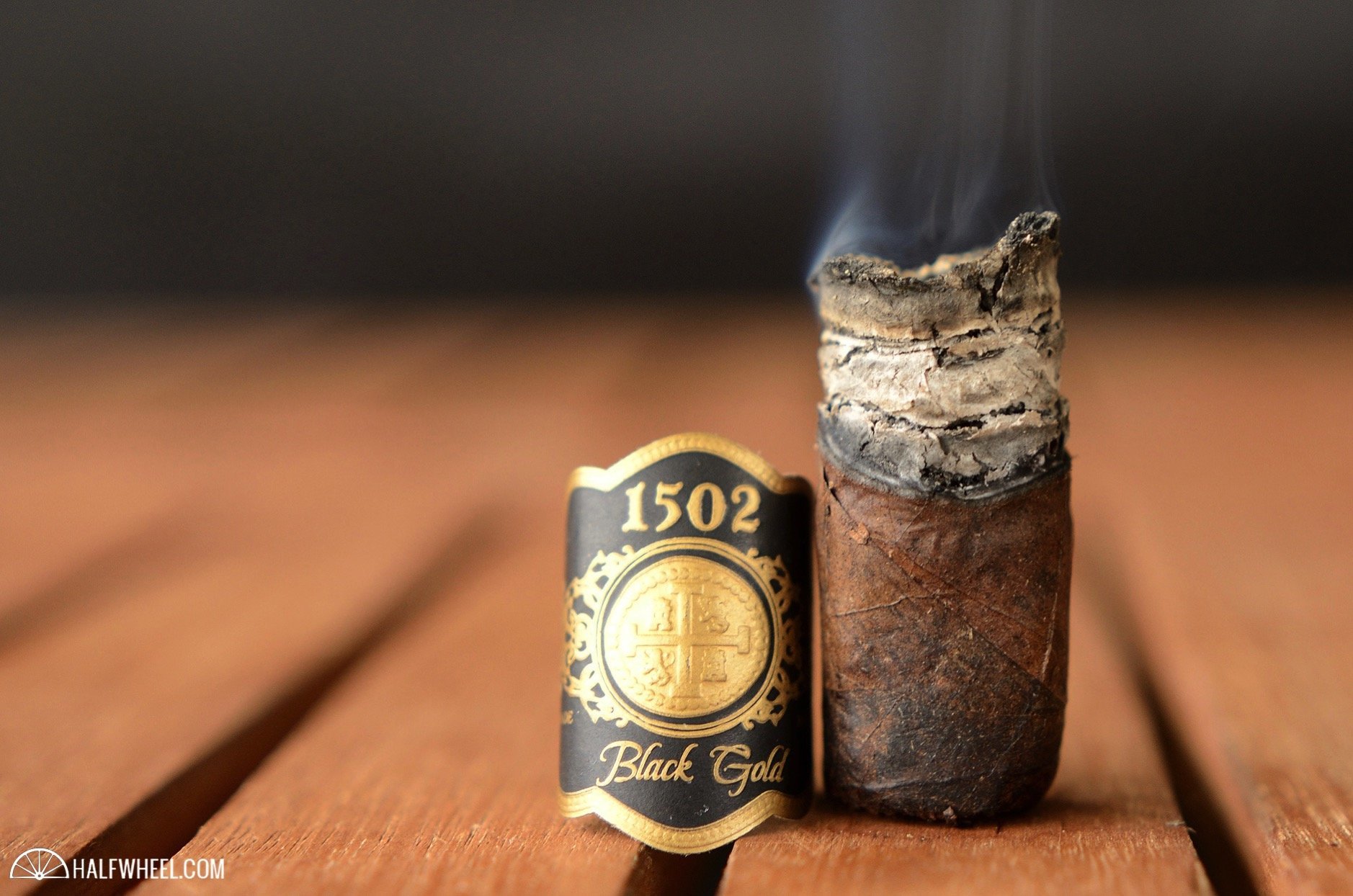 The 1502 blends have been ones that every time I revisit I’m continually impressed with. My penchant for smaller ring gauges usually draws me to the lanceros, but I really enjoyed the corona size for the Black Gold. The excellent construction alongside a solid profile with flavors that complemented each other wonderfully really took my appreciation of the Black Gold line up a notch. I’m looking forward to trying the other coronas to see if this size is the sweet spot for the other lines as well, but at least with the Black Gold I can definitely suggest you go find yourself some to try.