In 1999, 5th Avenue Products Trading GmbH, the German distributor for Habanos S.A. celebrated its tenth anniversary as the exclusive distributor of Cuban cigars for the region.

The name actually started in 1976 as 5th Avenue Tobacco Gallerie, a retail operation. However in, 1989, Villiger Söhne Holding AG (Villiger Group), the soon-to-be 126-year-old Swiss company, and Cubatabaco, the predecessor to Habanos S.A., used the name to describe a joint-venture that would be the exclusive distributor for cigars in Germany.

This ad/press image shows the humidors: 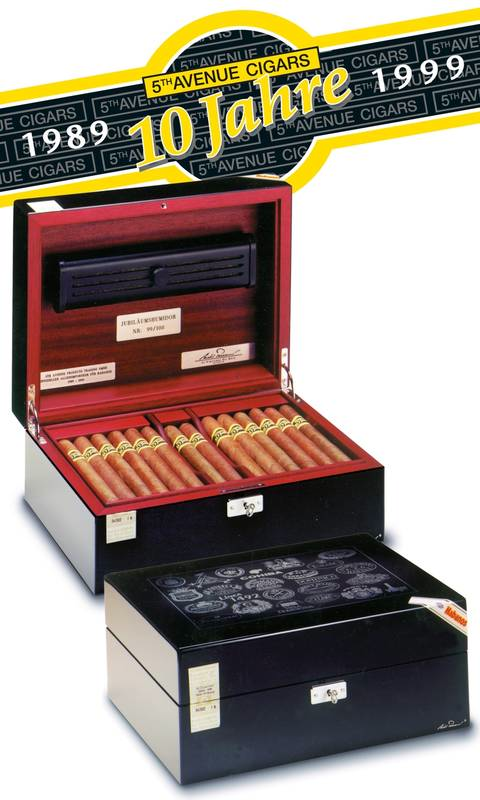 The humidors featured the logos of all brands distributed by 5th Avenue, which included non-Cuban brands like Toraño. 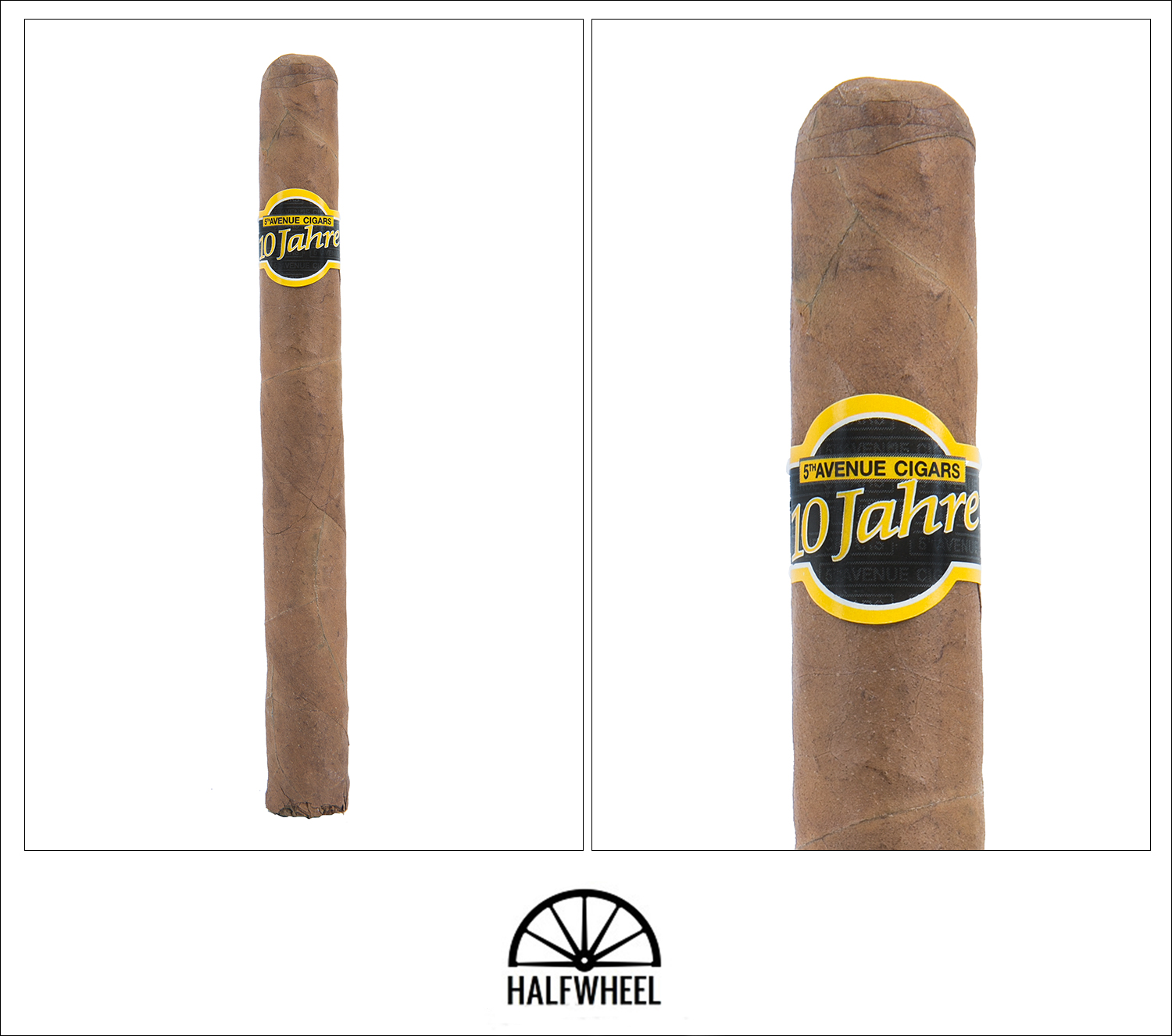 There’s very few veins on the wrapper of what appears to be a well-rolled cigar. The mustard-colored wrapper has little aroma, sweet peanut and hay. From the foot, I pick up some notes that would not be too unexpected for Cubans: hay sugar and a touch of barnyard. The 5th Avenue release continues to provide little surprises on the cold draw: huge twang, hay and a very interesting contrasting saltiness and sourness.

While the cold draw is most certainly tight, the first third of the 10 Jahre is much better. There’s a medium burnt hickory note, some saltiness mid-tongue and some mustiness. I was expecting a lot more sweetness, but there’s none to be had, the finish delivers some burnt notes and saltiness. It’s clear from the get go this is going to be a quicker churchill as the cigar is burning quickly. Twenty minutes in and I can tell you things have most certainly changed: crisp Worcestershire sauce and some greasiness up front, sourdough underneath and a finish that delivers just a touch of sweetness on the back of the throat. The retrohale is where the cigar shines though, floral and lemon zest. 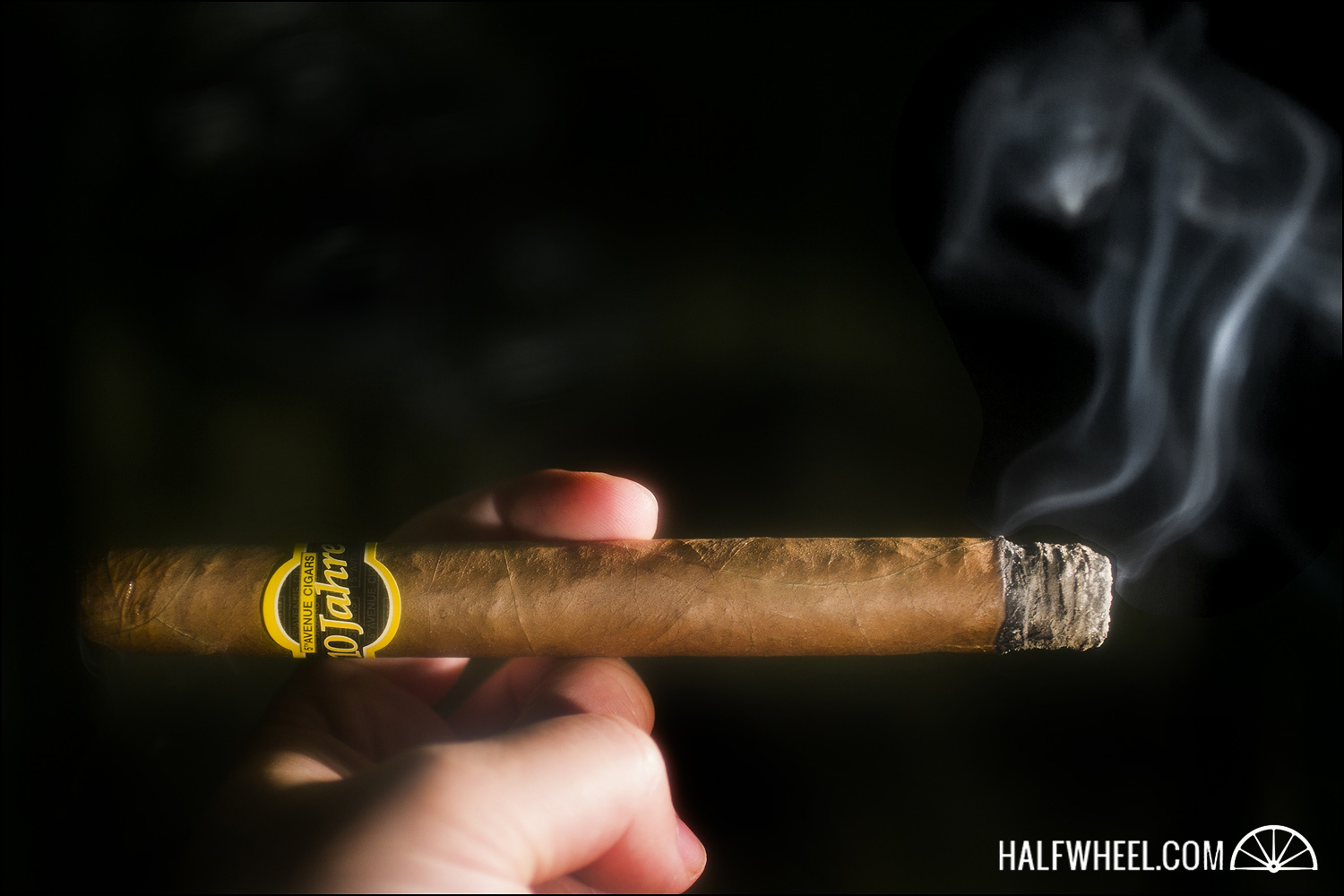 There is no question this cigar was probably tasting better a few years ago, the mustiness on the tongue is at times overwhelming, but elsewhere, there’s some excellent attributes, including the construction. The draw is great, the ash is beautiful and the burn is as good as any cigar I’ve smoked in the past six months. Some harshness and grassy notes make their way onto the tongue, but the sweetness is increasing, which makes it a bit more palatable. As it crosses the halfway, some fragrant citrus soap notes emerge, along with more saltiness. Fortunately, the mustiness begins to fade, albeit leaving more harshness exposed. 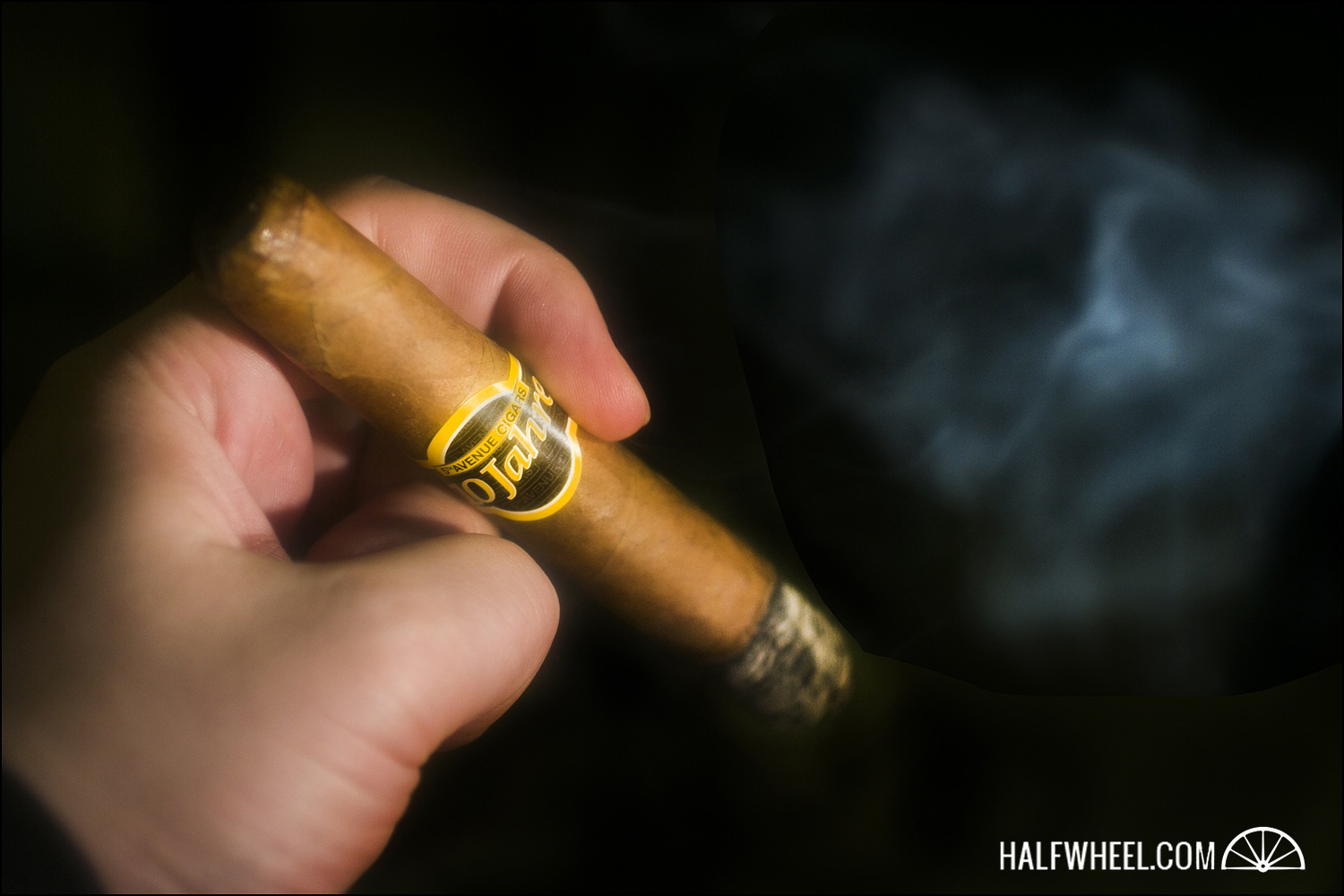 Unfortunately, the final third of the 5th Avenue anniversary sees the mustiness return. There’s a generic meaty note that crept into the retrohale in the latter half of the second third that is much more noticeable as the cigar goes on with salty peanuts now the main flavor on the tongue. As had been the modus operandi from the start, the flavor is getting more intense until I set it down. 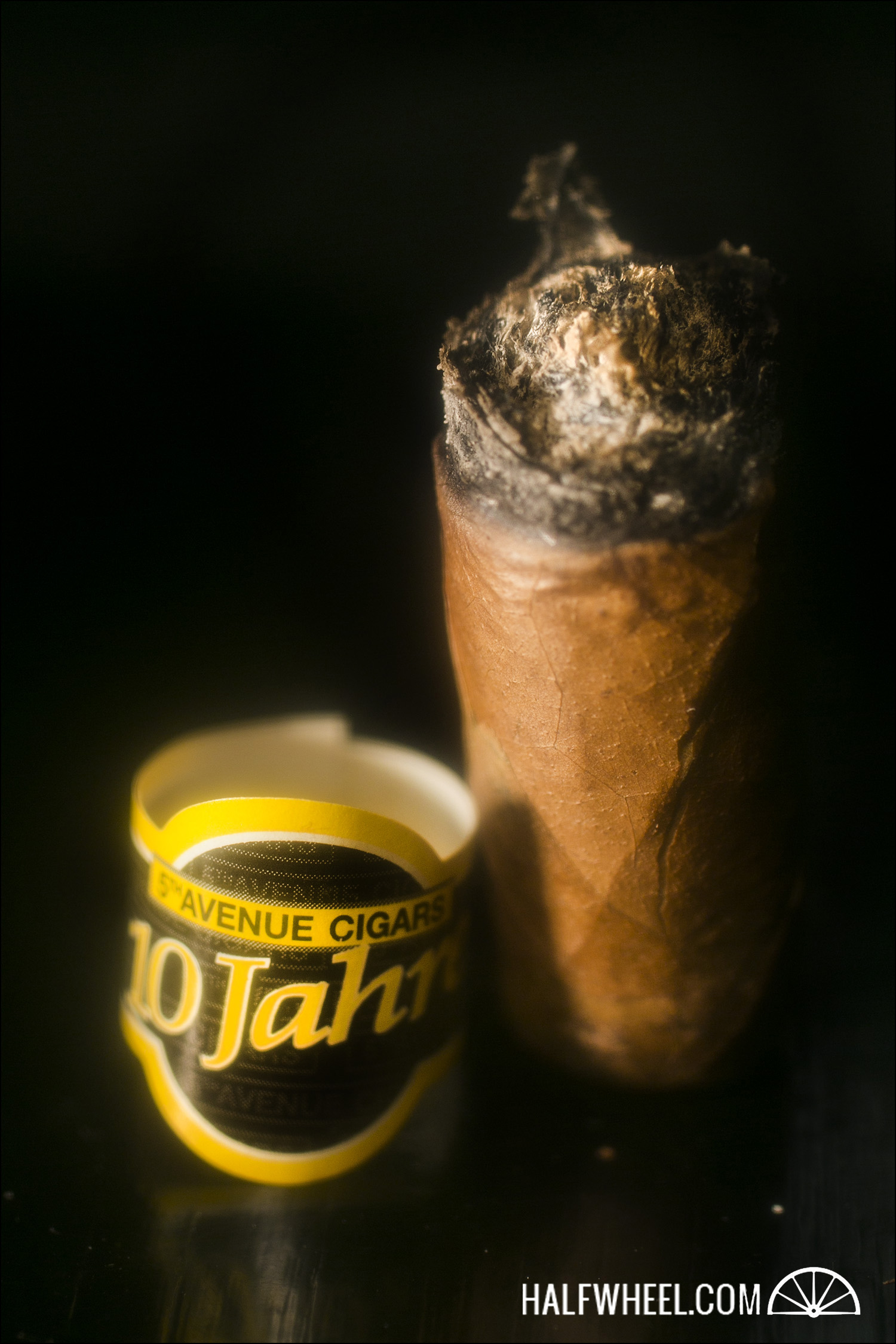 If you are not retrohaling this cigar, do not bother smoking it. There’s no question in my mind this cigar is not going to get better in terms of the mustiness that is oftentimes too much during the 5th Avenue 10th anniversary, but if you are not going to retrohale the cigar, there’s little pleasure here. There’s a lot to really love about this cigar: amazing construction, a wonderful retrohale and some strong flavors from a near 15-year-old cigar. But there’s also the mustiness, the harshness and a lack of cohesiveness when it came to the flavor profile. I would smoke this cigar again, probably spend $25 for another one, but it’s hard to refer to this in any sense as classic Havana. A time machine to 2004 would probably do wonders.